Rhinoplasty, commonly known as a "nose job," is a surgical procedure that is used to alter the shape or size of the nose. It is one of the most popular plastic surgery applications in the world, and it has a long and interesting history.

The earliest known examples of rhinoplasty date back to ancient civilizations such as Egypt, India, and Greece. In these civilizations, nose job was often used to repair injuries or deformities, and it was also used for cosmetic purposes. The techniques used in these early forms of rhinoplasty varied widely, and they often involved the use of skin grafts or flaps of skin taken from other parts of the body.

During the Renaissance, the field of rhinoplasty saw significant developments thanks to the work of figures such as Gaspare Tagliacozzi, a 16th century Italian surgeon who is considered one of the pioneers of modern plastic surgery. John Orlando Roe, an American plastic surgeon, and Jacques Joseph, a German plastic surgeon, also made important contributions to the field during this time.

Nose Job in the Roman Empire

Rhinoplasty, or the surgical alteration of the nose, was also practiced in ancient Rome. Roman physicians and surgeons were highly skilled and had a strong knowledge of anatomy, which they applied to various medical procedures, including nose job.

According to historical records, Roman surgeons used a variety of techniques for rhinoplasty, including skin grafting and the use of gold or silver plates to repair injuries or deformities of the nose. The Roman physician Galen, who lived in the 2nd century AD, wrote extensively about the use of skin grafts for nose job and described a number of different techniques for performing the procedure.

In addition to repairing injuries and deformities, nose job was also used for cosmetic purposes in ancient Rome. Roman society placed a high value on physical appearance, and many people sought out surgical procedures to improve their looks. It is likely that some people in ancient Rome underwent rhinoplasty to alter the shape or size of their noses for purely cosmetic reasons.

Overall, the practice of rhinoplasty in ancient Rome demonstrates the advanced level of surgical knowledge and skill that was present in Roman society. It also highlights the long history of the desire to alter the appearance of the nose for both medical and cosmetic purposes.

The modern use of the term "rhinoplasty" to refer specifically to surgical procedures for altering the nose became more common in the 19th and 20th centuries, as the field of plastic surgery developed and refined its techniques. Today, nose job is a widely practiced procedure that is used for both medical and cosmetic purposes.

Rhinoplasty in the Modern Era

In the modern era, rhinoplasty has continued to evolve and improve. Advancements in technology, such as computer imaging and 3D printing, have allowed for more precise and predictable results. In addition, new techniques and approaches have been developed, such as the "closed rhinoplasty" technique, which involves making incisions inside the nose rather than on the outside.

Today, rhinoplasty is a safe and effective procedure that is used by people around the world to improve the appearance of their noses. As the field continues to evolve, it is likely that new techniques and technologies will be developed, further improving the effectiveness and safety of the procedure.

There are several techniques that can be used during a rhinoplasty, depending on the specific goals and needs of the patient. Here is an overview of some of the most common techniques used in nose job surgery:

Overall, the most suitable technique for a patient will depend on their specific goals and needs, as well as the complexity of the case. A qualified plastic surgeon will be able to discuss the different options and help the patient choose the best approach for their situation.

During a free consultation with Dr. Fatih Mehmet Hanege, who is a rhinoplasty specialist, you can explain your expectations and create your treatment plan together. Don't delay your dreams, it's only a matter of time before you get the nose you desire. Please contact us. 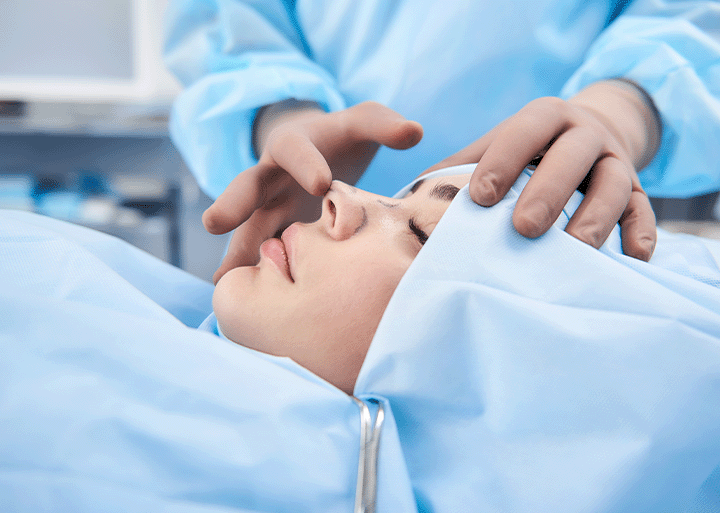 Can Rhinoplasty Reconstruct a Nose After Injury?

10 Things to Know Before Having Rhinoplasty

Celebrities Who Have Rhinoplasty